Aquaman (Arthur Curry/Orin) is a minor character in Teen Titans Go! and a member of the Justice League who made his debut in "Matched".

Aquaman is a modified Atlantean. He has the power of telepathy, and can communicate with the creatures of the sea. He is an extremely fast swimmer, being able to travel at over 10,000m/s underwater. His Atlantean physiology also grants him super strength, invulnerability and many other superhuman powers. He also has limited hydrokinesis. He also wields a trident, for he is the king of Atlantis.

Despite appearing to be a gallant and fun-loving hero of the ocean, "Finding Aquaman" demonstrates his huge flaws of being an overconfident but also cowardly jerk who won't hesitate to save his own skin when he feels endangered. He also isn't above stealing other people's credit as his own. 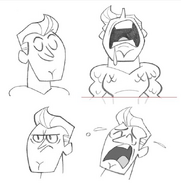 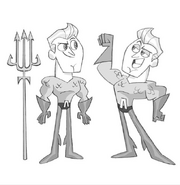 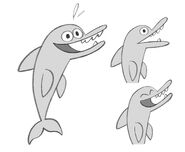 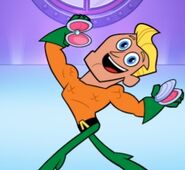 Chilling with his dolphin