This is the image gallery for the episode "Colors of Raven".

At the Jump City Museum.

Beast Boy messing around with the prism.

Raven states she isn't worked up.

Robin explains it's hard to tell how Raven is feeling.

Cyborg tells Raven to calm down...

...before scanning her and realizing she is calm.

Starfire is unsure if Raven's remark was genuine or sarcasm.

The Titans pass the prism to one another.

Raven before the prism divided her.

The Titans gasp in shock.

The other Titans wait as Beast Boy counts the Ravens.

"I told you not to mess around with that thing!"

Pink Raven flies around the ceiling.

...before falling to the ground.

The prism has divided Raven into the core parts of her personality.

Cyborg loves the idea of having five Ravens in battle.

Robin contemplates that having five Ravens isn't such a bad thing.

Gray Raven is shown to have a sensitive stomach.

"Because I love comedies!"

"This might be the fastest we've ever come to a consensus."

Robin takes a liking to all the Ravens.

Robin gets punched by Red Raven...

...before Gray Raven pukes on him.

Beast Boy and the other Ravens gathered around for breakfast.

"Can't a person get a decent, non-dancing breakfast around here?"

Red Raven beats up Robin as he approaches.

Robin gets thrown against the window.

He then receives an incoming call.

The newest villain shows up.

The Titans and the Ravens present for battle.

None of the Raven's help out in the fight.

The seagull and starfish with another alternate attire.

Beast Boy is hesitant, as he likes Orange Raven.

"Should we be discussing our plan in front of her?"

"Don't worry about me, I don't really care."

...and kicks Robin over.

"You're not going to use that on us!"

Red Raven doesn't want to go back with the other Ravens.

That looks to scary to me."

"I'm good with whatever."

Let's get out of here!

The Ravens exit through portals.

The Ravens spreading out over town.

...but Robin prevents him.

Cyborg declares he and Beast Boy will go after the most dangerous one.

They take off on Cyborg's jetpack.

Robin and Starfire have to collect the others.

Gray Raven sitting on the bench.

Gray Raven tells Robin and Starfire to go away...

...before Starfire captures her.

Pink Raven turns the streetlamp into a giant.

Pink Raven farts on some rats.

"I hope this day never ends."

"What are you going to do?"

Robin about to kiss Purple Raven...

...before Starfire pushes him out of the way.

Purple Raven gets sucked in.

Red Raven gets sucked into the prism.

Beast Boy pukes after his hamburger turns back into a shoe. Cyborg cries.

Cyborg and Beast Boy are forlorn about collecting Pink Raven.

The Titans captured every Raven except for Orange.

They find Orange Raven under a pile of food.

"She has been here the whole time?"

"And she ate all the food! How could you?"

"Let's get our Raven back."

Raven has trouble conveying her emotions.

The Titans become so confused and Cyborg cries.

Starfire signs off the episode.

After the magic prism breaks, Raven's emoticlones are revealed.

The Titans after Raven divided into her emotion clones.

The Titans relax together.

Purple Raven about to kiss BB.

This is a magical land! (Come on! They've got unicorns!)

A$$ Google it when you get home

This is a cat not gonna lie xd

Me at school when I get reacted 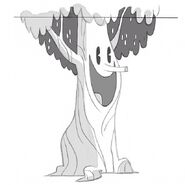 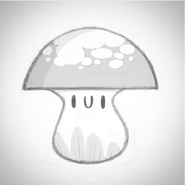 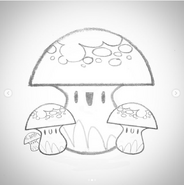 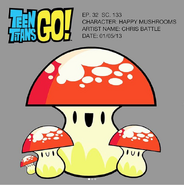 Add a photo to this gallery
Retrieved from "https://teen-titans-go.fandom.com/wiki/Colors_of_Raven/Gallery?oldid=410020"
Community content is available under CC-BY-SA unless otherwise noted.