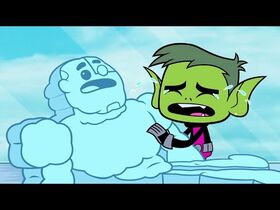 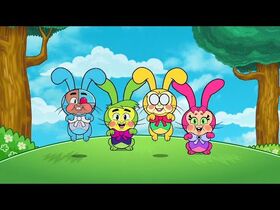 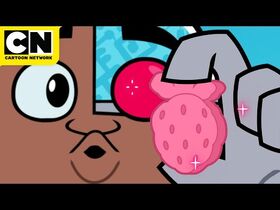 The Titans release a small marshmallow ducky that the Easter Bunny had locked up, not knowing the danger they have unleashed.

The transcript for “Feed Me” can be found here.