Half human, half demon

Superheroine
Leader of League of Legs

Lady Legasus is an alternate superheroine identity created and temporarily used by Raven.

After Raven discovers what her legs are capable of, she decides to leave the Teen Titans and become "Lady Legasus". She takes down Cinderblock, Dr. Light, Brother Blood, Gizmo and other villains with ease, and becomes one of the best and well-known superheroes in Jump City. Later, while she was signing autographs and getting pictures taken, she sees Cyborg, under the influence of her cloak, torturing the other Titans on television, and goes to save them. She uses a powerful kick to get the cloak off of Cyborg.

Knowing that no one else can handle the dark powers of her cloak, she decides to give up her fame and glory, and reverts back to being Raven to prevent anyone else from wearing the cloak again. Beast Boy gets upset when Raven puts her cloak back on, covering her legs, but Raven walks away from Beast Boy. Before the end of the episode, however, she looks at Beast Boy and smiles, and briefly pulls one of her legs out one more time with her Lady Legasus uniform still on, and shows it off just for a happy Beast Boy, who then morphs into a dog and pants and howls in delight/joy.

One day, after the Teen Titans are unable to defeat the Leg Robots, Raven transforms into Lady Legasus again and turning her friends into Captain Cankle, Incredible Quad, Thunder Thighs and The Calf respectively, hence forming League of Legs. However, she then decides to disband the league to prevent her friends from being corrupted due to knowing how they are incapable of handling their leg powers like her.

Some time later, Raven's friends urges her to transform into Lady Legasus, which she obliges. Then, she and the rest of the league proceed having fun in the city until Raven herself realizes the others are still in their uniforms, therefore she warns them to revert themselves back to normal. The others disobeys and challenge her to a jumping contest, but in spite of her own advantage, Lady Legasus loses the contest owing to her teammates stuffing weighs into her suit earlier, and without her authority, the rest of the league become corrupted and start trashing the city.

After discovering how her friends have cheated her to gain their undeserved victory, Lady Legasus confronts her corrupted teammates yet ends up getting vanquished by them. Nonetheless, she refuses to give up and upgrades herself into Mega Legasus during the process, thus regaining her strength to diminish their evil leg power and turning them back to normal, though this also results in her friends' legs being crushed in the end.

As Lady Legasus, Raven replaces her casual outfit with a saffron-colored, sleeveless leotard with matching wristbands/cuffs and yellow booties. Her leotard has her logo of a golden leg in a darker-colored circle on the chest area.

Nobody can handle the dark powers of her cloak.

I'm coming to save you guys!

Lady Legasus blowing a whistle with her foot 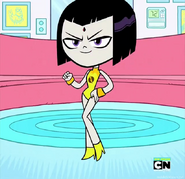 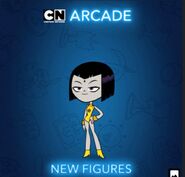 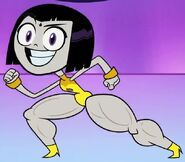 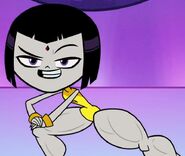 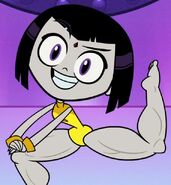 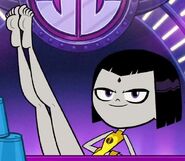 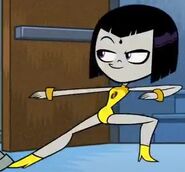 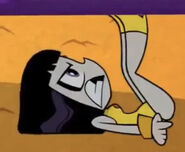 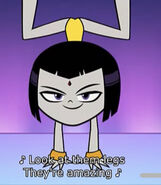 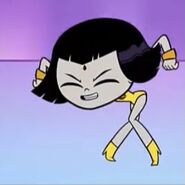 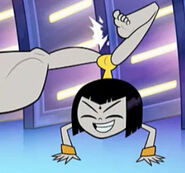 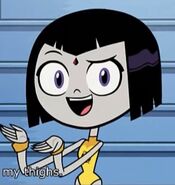 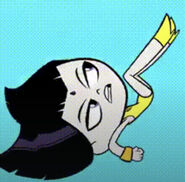 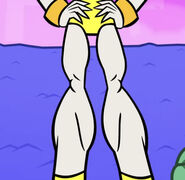 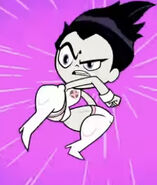 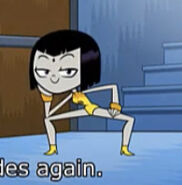 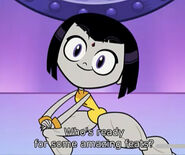 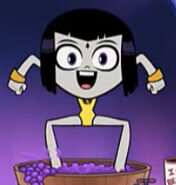