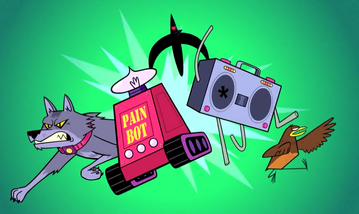 The Little Buddies are pets and/or creations of the Teen Titans who appear occasionally in the series. Some of them debuted as anti-heroes, but seem to befriend the Titans as the series progresses.

Silkie is Starfire's pet, who appears in most of the episodes. He is by far the most occurring Little Buddy, and recognized as part of the Teen Titan family.

The Super Robin is a robin who shares DNA with Robin. He has all the same powers and abilities as Robin, and is often seen stealing food from the Titans. He debuted in "Super Robin".

Birdarang was created by Robin and Cyborg, along with Beat Box in "Power Moves". It now appears throughout the series, owned by Robin.

Beat Box (aka BoomStaff) was created by Robin and Cyborg, along with Birdarang in "Power Moves". It now appears throughout the series, owned by Robin.

Pain Bot debuts in "Waffles" as a Brother Blood's torture machine. He returns in "Little Buddies" where he then becomes Cyborg's companion and little buddy.

The Demon started originally as an enemy of Raven. A pest who constantly tried to escape the portal, only to be banished again by Raven. But in "Little Buddies", it is revealed Raven has developed a friendly bond with the demon, who is now her little buddy.

Dave is Beast Boy's pet wolf, who debuts in "Little Buddies". He seems to be far from domesticated, constantly attacking the Titans, most notably Robin. However, after Pain Bot unleashes his weapons on him, he retreats in fear. 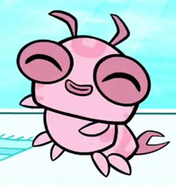 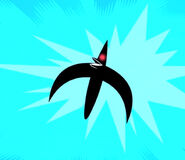 Add a photo to this gallery
Retrieved from "https://teen-titans-go.fandom.com/wiki/Little_Buddies_(characters)?oldid=405315"
Community content is available under CC-BY-SA unless otherwise noted.