--Sapphire in In and Out

Sapphire is a villain persona created by Starfire in "In and Out".

In "In and Out", after Starfire hears Robin and Cyborg (as Red X and Stone) have experienced great luxuries at H.I.V.E. Tower, she (along with Raven and Beast Boy) decide to join them. She takes on the alter ego of Sapphire and infiltrates the Tower, where she indulges in the smoothie machine among other things. Her cover is finally blown when the H.I.V.E. Five try to kick the disguised Titans out by blowing up the tower, and Beast Boy accidentally reveals himself. She proceeds to fight the H.I.V.E. Five with the other Titans, but the Tower still gets blown up anyway.

Her outfit is a light-purple eye mask, her usual gauntlets, a white T-shirt, pink sweatpants, and sandals. 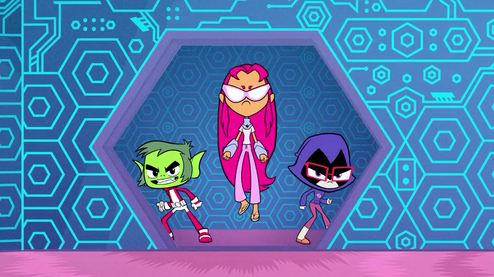 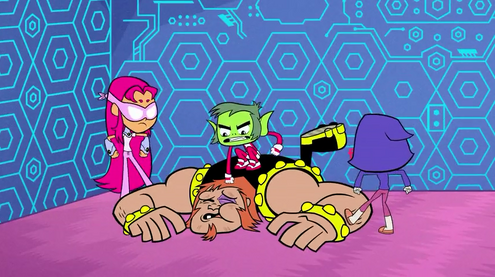 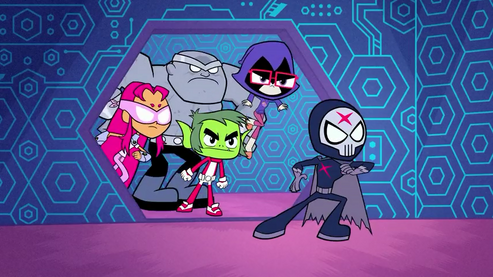 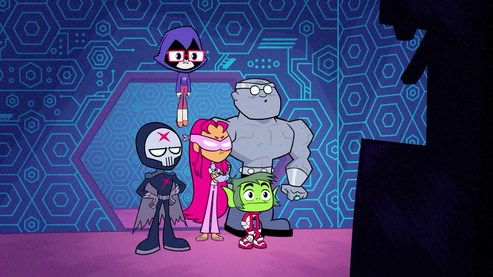 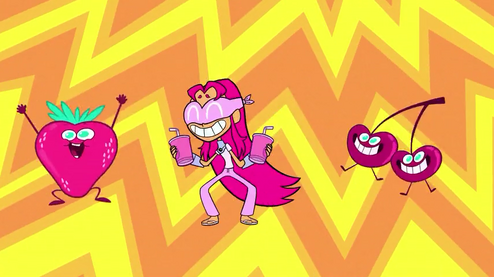 Add a photo to this gallery
Retrieved from "https://teen-titans-go.fandom.com/wiki/Sapphire?oldid=421137"
Community content is available under CC-BY-SA unless otherwise noted.