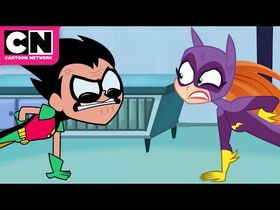 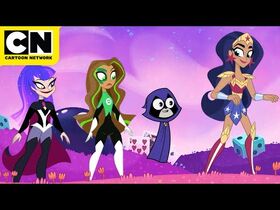 The Titans set off on an adventure in space, only to find out they'll be sharing their Space House with the DC Super Hero Girls.

After Beast Boy steals the power ring and jumps into Zatanna's hat, Green Lantern must deal with being powerless as she and her friends give chase.

A giant meteor is heading toward the space house, so Starfire, Wonder Woman, Supergirl, and Cyborg take turns in the holographic chamber to see whose plan will work.

The free vacation in space was just an elaborate plot by Brainiac to collect every hero and villain in the DC Multiverse. The Titans and Superhero Girls agree to help Brainiac become an adult in exchange for letting them go.

The transcript for "Space House" can be found here.